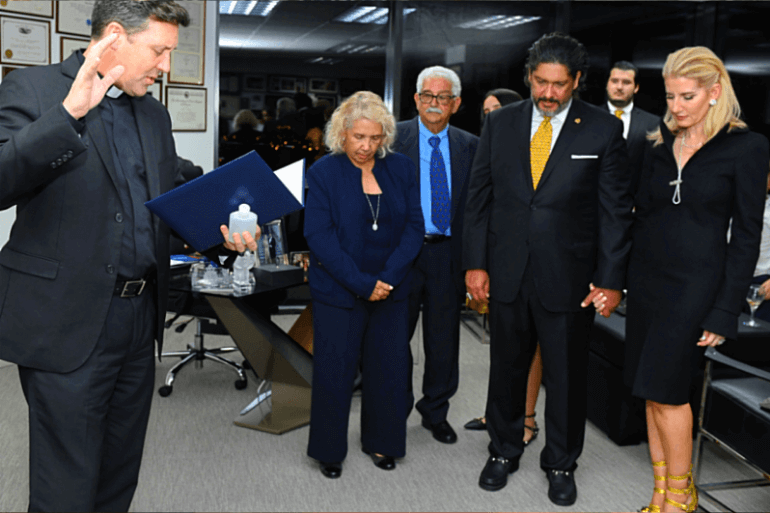 Commemorating the 233rd Anniversary of the U.S. Constitution

Today, we commemorate the anniversary of the signing of the U.S. Constitution — this most extraordinary document establishing our system of government.

“We the People of the United States, in Order to form a more perfect Union, establish Justice, insure domestic Tranquility, provide for the common defense, promote the general Welfare, and secure the Blessings of Liberty to ourselves and our Posterity, do ordain and establish this Constitution for the United States of America”

We take this opportunity as Americans to reflect on our founding document and the principles on which it is based.

Personally, each year on this special day — I also reflect on my Solemn Oath as a 33-year member of The Florida Bar —

“I do solemnly swear: I will support the Constitution of the United States … So help me God.”

The Constitution is 233 years old, but the principles it embodies are timeless.

The Framers of our U.S. Constitution not only set about to form a system of self-government, but limited government that embodies unique principles — best articulated in the simple but eloquent words of the Declaration of Independence:

“We hold these truths to be self-evident, that all men are created equal, that they are endowed by their Creator with certain unalienable Rights, that among these are Life, Liberty and the pursuit of Happiness.”

Today, more than ever, our continued commitment to those principles is truly what unites us as Americans and our nation a beacon of hope.

In fact, our republic — designed to protect God-given rights is truly unique in human history.

That’s why so many of us say the United States is an exceptional country.

Think about it — by specifying what the government could do, and limiting its power to those legitimate functions, they defined the proper role of government in a free society.

That role is to protect our natural rights and otherwise leave free people to pursue their own happiness.

Still, as significant as our Constitution is, it wouldn’t be worth anything if We The People — didn’t do our part to preserve it.

Marile and I share with our children that each generation of Americans needs to understand the importance of the Constitution and our founding principles so they can pass on the blessings of liberty and freedom to the next generation.

As always, thank you for your friendship and continued support.