Jorge Luis Lopez Law Firm is a Miami based law firm headquartered in Coconut Grove, Florida, that specializes in governmental affairs. Our counselors advise private and public sector clients, from Florida 100 to Fortune 500 companies, on legislative and regulatory matters at federal, state, and local county and city municipalities.

Creating successful business and governmental strategies for our clients is the top priority at Jorge Luis Lopez Law Firm. We are uniquely qualified to ensure that our clients receive the best legal and political resources in promoting and defending their public policy interests. Our comprehensive knowledge of the applicable substantive law and commercial litigation, combined with our extensive legislative and regulatory experience, offer a unique blend of legal and political service.

Jorge Luis Lopez, Esq. is a well-known South Florida philanthropist and passionate about giving back to the community and supporting charitable organizations. He serves on the boards of American Cancer Society, American Red Cross, Boys & Girls Club of Miami-Dade, and is the Founding Chairman of the Miami-Dade Parks Foundation. 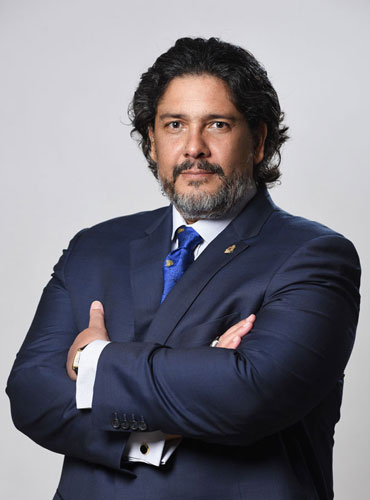 Jorge Luis Lopez, Esq., practicing law since 1987, established his governmental affairs practice, the Jorge Luis Lopez Law Firm in 2007. He is recognized as one of the top governmental affairs lawyers in South Florida and the U.S., an expert in elections, campaigns, and administrative law as well as a dedicated philanthropist for charitable organizations, in National and South Florida communities.

As a Government Relations Specialist, Mr. Lopez represents the interests of private and public sector clients before federal, state, and local governments, advising clients on the development and response to government regulations, procurement procedures, land use, zoning, and redistricting. He has represented numerous Florida 100 and Fortune 500 companies, including some of Miami's leading companies, in complex intergovernmental matters. His public service experience includes representing the people of Miami-Dade County before the State of Florida and U.S. Congress as Director of Intergovernmental Affairs Division of Miami-Dade County – during the 1992 Hurricane Andrew recovery efforts.

Recognized by the South Florida Legal Guide since 2006 and till present day, Mr. Lopez has also been consistently honored by his peers as a Super Lawyer and has been listed in Legal Elite and Best Lawyers in America. He is a member of the Florida Bar and the American Bar Association, for nearly 30 years.

Mr. Lopez is considered an expert in political campaigns and elections and has served as an expert analyst for several news outlets, including CNN, Univision Channel 23, The Miami Herald, Miami Today, WQBA Radio, Radio Caracol, MEGATV, AmericaTV, and Telemundo.

Labeled a Florida pioneer by the St. Petersburg Times for his political fundraising abilities, Mr. Lopez has served on the Republican National Committee’s Council of 100, President George W. Bush’s Pioneers, and for Governor Jeb Bush’s and Senator Marco Rubio’s Finance Committees. In 2001, he served on the Presidential Bank Review Board. He is also past Co-Chair of the Neighbors Building Better Communities PAC and former member of the 2008 Miami-Dade Charter Review Task Force.

Well known for his philanthropic work in the community, Mr. Lopez has served on various boards of charitable and faith-based not-for-profit organizations for nearly 30 years. He is a Ronald McDonald House Charities’ 2013 Twelve Good Men honoree and a recipient of the Association of Fundraising Professionals’ James W. McLamore Award for Outstanding Volunteer Service. In 2014, Mr. Lopez was honored with both the Father of the Year Award from the American Diabetes Association, United HomeCare’s Claude Pepper Memorial Community Advocacy Award, American Red Cross Philanthropy Award, a Monsignor Pace High School Hall of Fame Member, Law Firm of the Year Sunshine Award from the South Florida Hispanic Chamber of Commerce, and the 2014 Charles “Bebe” Rebozo Humanitarian Award from Boys & Girls Clubs of Miami-Dade. In 2016, Dade Legal Aid recognized Mr. Lopez as an Advocate of Pro Bono Commitment.

Mr. Lopez serves on the boards of – National Board for American Cancer Society, National Board for Cancer Action Advocacy, American Red Cross of South Florida Region, and the Executive Board of the Boys & Girls Club of Miami-Dade. He is a Diamond Society Member of the Miami Children’s Health Foundation. He is also Chair of the Citizens’ Oversight Committee under the auspices of the Interlocal Agreements for Public School Facility Planning in Miami-Dade County (ILA) and Founding Chair of the American Cancer Society - Laureate Society.

Mr. Lopez has served as the Chairman of the Miami Foundation, Chair of Governmental Relations Committee of United Way, and Founding Chair of the Miami-Dade Parks Foundation, member of Camillus House & Camillus Health Concern, and member of the FIU Metro-Center, Miami-Dade College Foundation, Executive Board Member for Big Brothers and Big Sisters, and Miami-Dade Cultural Affairs Council. He is also a former appointee by Miami-Dade County Mayor Carlos Gimenez to The Beacon Council. 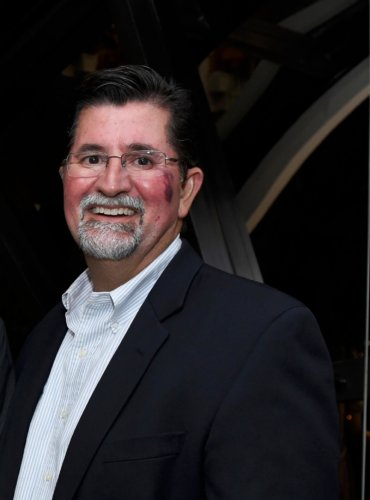 Mr. Acosta is experienced in advising clients in the development, response and potential protest to the government procurement process. As a former Assistant County Attorney in Miami-Dade County, Mr. Acosta handled bid protests, construction claims and various legal and procurement matters relating to the Miami-Dade County Water & Sewer Department (WASD). He served as Acting Chief Contracts Attorney while at the Florida Department of Transportation (FDOT), where he was responsible for negotiating and drafting contract settlement agreements, reviewing statewide professional services and construction contracts as well as representing seminars on contract reviews, negotiations, and settlements.

Mr. Acosta is a member of the Dade County Bar Association and the Cuban-American Bar Association. He is certified by the State of Florida as a General Contractor and holds a Florida Real Estate License.

Mr. Acosta holds a Juris Doctor from Nova Southeastern University and a BBA from the University of Miami.

Marile Lopez is the Chief Financial Officer (CFO) at Jorge Luis Lopez Law Firm, a governmental affairs firm representing Municipal Governments, Florida 100 and Fortune 500 companies at the federal, state and local levels. As CFO, she manages the financial reporting, income taxes, account receivable, drafting of contracts, and investments for the firm. Prior to joining the firm in 2006, Mrs. Lopez founded and was the creative director for Maria Elena Headpieces, a successful million dollar bridal accessory company which designs, manufactures, and sells products to high-end wedding boutiques internationally.

Mrs. Lopez also dedicates time to serve the community through leadership roles in a number of organizations. She is a Board member of the Boys and Girls Club of Miami-Dade, FIU President’s Council and the American Red Cross. She has served as Chair of Miami Children’s Hospital (MCH) Foundation and served on the Board of Nicklaus Children’s Hospital and the Miami Children’s Health System Board, as well as on the Board of American Cancer Society’s Miami-Dade Unit.

Marile Lopez and her husband, Jorge Luis Lopez, Esq., are widely known for their philanthropic work in our South Florida community. They have received numerous awards for their exceeding dedication, including the 2017 Power Couple by Big Brothers Big Sisters of Miami, 2015 American Red Cross Philanthropy Volunteer of the Year Award, the 2014 Charles “Bebe” Rebozo Humanitarian Award from the Boys & Girls Club of Miami-Dade, the 2013 James W. McLamore Volunteer of the Year Award for Outstanding Volunteer Service by the Association of Fundraising Professionals.

Marile received in 2018 the MDC Parks Foundation in the Company of Women Award and the Take a Walk in her Shoes Award by Chapman Partnership. In 2017 Philanthropy Award by Fairchild Botanical Gardens, and 2016, she was the recipient of Torch Award - Community Leadership Professional Achievement Award by Florida International University, the American Red Cross Spectrum Award, and the Women of Substance & Style Award by Buoniconti Fund. In 2015, Marile received the Woman of Distinction and Caring by Plaza Health Network and in 2014, the Women of Faith with the Virtue of Charity Award from the Archdiocese of Miami, Mujeres Giving Back Treasure by The Woman’s Fund, Women Who Have Influenced the Community with Outstanding Charitable Causes by Neiman Marcus, Coral Gables, Miracle Maker by Big Brothers Big Sisters, and the Hispanic Leadership Philanthropy by the South Florida Hispanic Chamber of Commerce. Marile was the recipient of the Inner Circle of 12 recognition from the American Cancer Society in 2013, and St. Jude Honors in 2012. 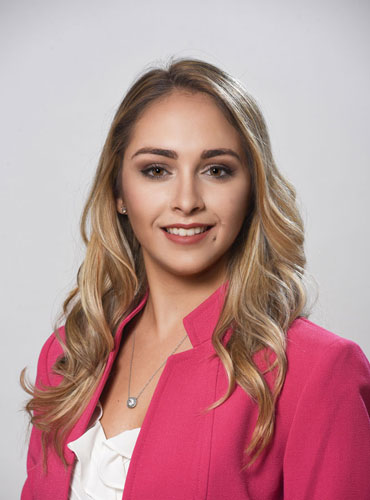 Bárbara Aponte Rubio is the Communications Director at Jorge Luis Lopez Law Firm, one of the top governmental affairs firms in Miami that represents Florida 100 and Fortune 500 companies. At Jorge Luis Lopez Law Firm, she is responsible for managing and directing the firm’s internal and external communications by developing integrative marketing and communication strategies and goals, overseeing branding, and supervising the execution of all tactics. She also serves as the media director for the organization. She specializes in digital marketing strategies to create thought leadership, generate leads, and increase sales.

Prior to joining Jorge Luis Lopez Law Firm, Ms. Aponte Rubio was Account Manager for an avant-garde digital marketing agency in Puerto Rico called Vuelo6 where she managed the agency’s multi-national clients. There, she fostered client relationships and worked with internal and external groups to create marketing strategies that met the client’s marketing and sales objectives.

Bárbara received her Bachelor’s Degree in Mass Communications, specializing in Public Relations and Advertising from the University of Puerto Rico. In 2016, she was also selected for a highly exclusive and competitive exchange program at NYU. 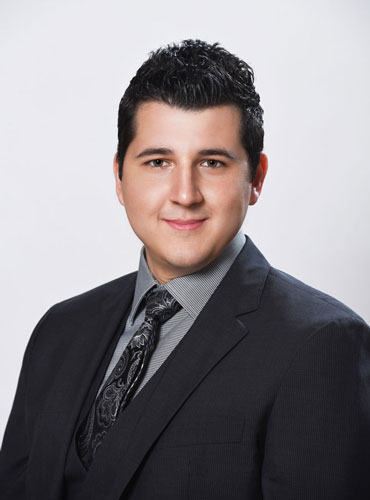 In May 2017, Andres Raul Lopez received two bachelor’s degrees, one in Political Science and the other in International Relations, from Florida International University.

Andres Raul has also volunteered in political campaigns for recognized public servants such as Marco Rubio, Ileana Ros-Lehtinen, and Rebecca Sosa, among others. He aspires to become an attorney and continue his family’s legacy in the law practice. 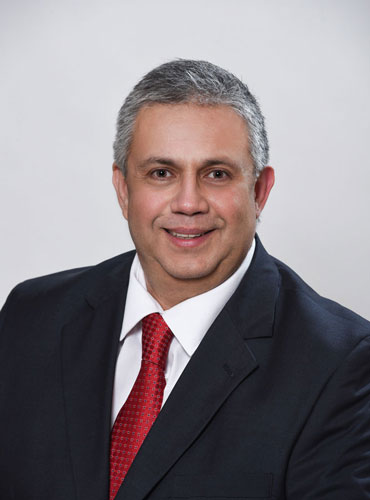 Jesus Gonzalez has been Executive Assistant to our Founder and Principal, Jorge Luis Lopez, Esq., since 2013.

Mr. Gonzalez has more than 15 years of experience in Administration. Prior to joining the Jorge Luis Lopez Law Firm, he worked as Restaurant Assistant Manager at the Doral Country Club and Resort (1991-1994) and Facilities Manager at the Miami City Club (1995-2006). As part of both jobs, he ensured the proper operation of the facilities and oversaw the corresponding staff. From 2006-2012, he was Real Estate Consultant for Real Realty Investments.

Jesus obtained his Bachelor of Science in Hospitality Management in 1991 from Florida International University. 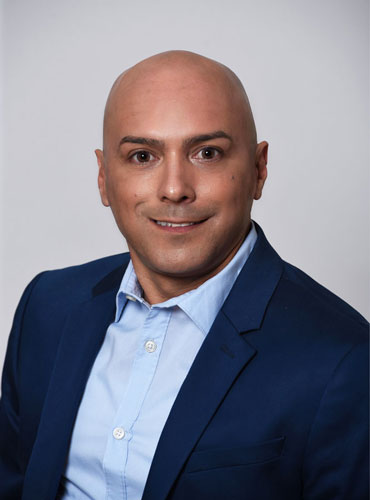 Rodolfo Rodriguez is the Comptroller for the Jorge Luis Lopez Law Firm. Since 2017, he has been working closely with our CFO to establish and maintain cash controls, reconcile general ledgers and bank statements, assist in the preparation of the annual budget and audit, prepare financial reports, maintain the purchase order system, and manage payroll.

Mr. Rodriguez has a long-standing trajectory in Administration & Accounting. He started his career as Accountant Supervisor for the Municipal Direction of Public Health—the municipal public health agency of Madruga, Cuba. There, he was responsible for supervising all matters within the Accounting Department. After being promoted, he became Supervisor for the Deputy Ministry of Public Health Economy—agency that managed all financial matters of the national public health system. After moving to Miami, FL, he founded, owned and operated a travel agency called Viajes Cuba.